What are the Advantages of Using a Divorce Mediator? 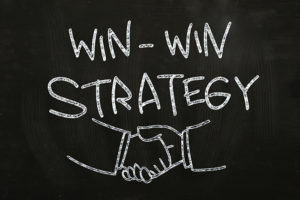 Additional Advantages of a Divorce Mediator:

Agreements that are reached in mediation generally tend to last over time because the parties affected by the decisions are the ones making them.

When parties participate in mediation, they are in control of their own agreement, which allows them to avoid unpredictable situations that often arise from the adversarial process.

The mediation process protects the integrity of the parties who are in dispute and enhances the possibility of a workable future relationship.

With the exception of a court-ordered mediation, entering into mediation is a voluntary process in which either party can withdraw from at any time during the process prior to signing a mediated settlement agreement (MSA).

Because the parties are in agreement of their own resolution, neither one comes out of the process with an order to do something they have not agreed to.

The mediated agreement between the parties that is accepted by the court is as legally binding as any contract.

Because the agreement made is reached with the full cooperation and involvement of the parties, adherence is greater than judgments rendered through the litigation process.

Next: How Long Does Mediation Take >>