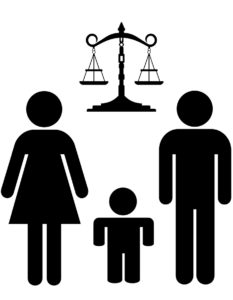 Means that both parents share the rights and responsibilities regarding decision making of a child’s education, medical treatment, religious upbringing and similar issues.  It is important to note that the Texas courts use the legal standard of “what is in the best interest of the child”, and therefore may still award an exclusive right to make certain decisions to one parent only.

Means that the court has granted only one parent the legal right to make certain decisions concerning the child.  The court grants SMC when there is a good reason to do so (such as cases involving domestic violence or child abuse).  With an order of SMC, a court can limit or take away the noncustodial parent’s access to the child as well as the right to make decisions concerning the child.

Custody orders refer to the parenting time and access and possession, which is the same as visitation.  Most custody orders include a Standard Possession Order (SPO) that sets the schedule for each parent’s time with the child.

Physical custody means “possession” in the state of Texas.  A parent who has been granted physical custody is called the “possessory conservator” and the child resides with that parent for at least 35 percent of the year.