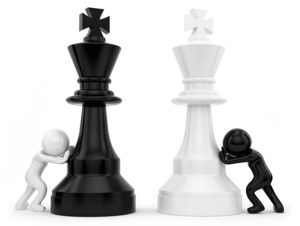 Arbitration is an adjudicative method of dispute resolution in which parties to a dispute appoint an independent, impartial and neutral third party (an arbitrator or arbitral panel) to consider arguments and evidence from the disputing parties, and then renders a decision or an award.

Arbitration may be binding or non-binding, with levels of procedural formality varying according to the parties’ contractual agreement.

In binding arbitration, the parties agree to abide by the decision of the arbitrator, just as they would abide by a decision from a judge or jury in court.

In non-binding arbitration, the parties agree that they need not be bound to the arbitrator’s decision.  They instead, use the arbitration process to obtain an advisory opinion.  Parties can however, ultimately decide to abide by the arbitrators decision to resolve their dispute in order to avoid resorting to a costly and timely litigation process.

What is the difference between arbitration and mediation?

In arbitration, the parties to a dispute have given the arbitrator the authority to hear evidence they present and then to render an award.  In other words, the arbitrator decides the outcome of the dispute.

In mediation, the mediator has no authority to render any decision/award and does not decide the outcome of the dispute.  Instead, the mediator works with the parties to reach a mutual agreement to their dispute.