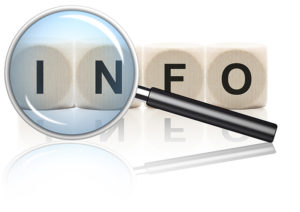 It is understandable that no one want’s to be left in the dark  – Below is a collection of resources that may help you stay informed:

www.txcourts.gov This website provides the Directory of the state court system including appellate and trial courts, and agencies, court rules, and other resources and links.

www.irs.gov Tax issues are complex and difficult to generalize. I.R.S. regulations change frequently. Please refer to the website for information that will apply to your tax situation. If you are unsure of issues regarding taxes, you should discuss the tax impact of your divorce with a tax professional.

Texas Family Code 6.301
In order to file for a divorce in the state of Texas, residency requirements must be met for the court to accept the case.  One spouse must be domiciliary of the state of Texas for at least six months and a resident of the county in which the suit is filed in for ninety days.

Texas Family Code 6.303
Any time either spouse spends living outside of the state of Texas while serving in the U.S. armed forces or as an accompanying spouse of someone serving, is still counted as residency in the state of Texas for the purpose of calculating the required six-month and 90-day time periods for a divorce.

There are 7 grounds (reasons) for the court to grant a divorce in the state of Texas (only the first is granted without regard to fault).

In the state of Texas, there is a mandatory 60-day waiting period from the time the divorce is filed until you are eligible to appear in court to finalize your divorce.  However, this time frame could take longer depending upon the circumstances regarding each case as well as the scheduling of the court.

The court makes decisions regarding the division of community property in a “just and right” fashion, meaning that community property is not presumed to be a 50/50 split but rather what the judge regards is fair under the circumstances of each individual case.